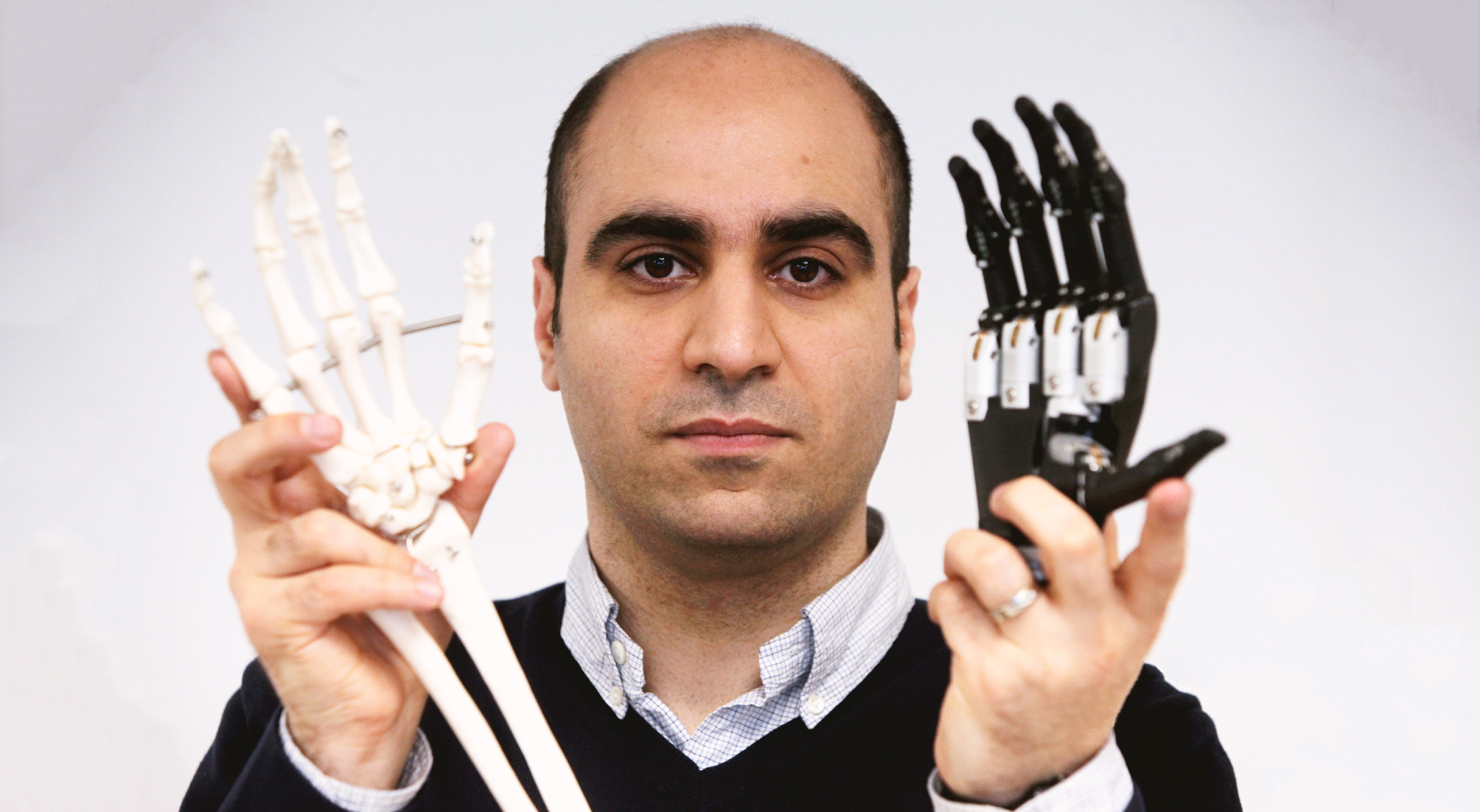 Shake the hand that thinks for itself

A bionic hand which sees an object and reaches for it automatically without thought, is being trialled in British amputees. The prosthetic is fitted with a camera which takes a picture of the object in front of it, assesses its shape and size then triggers an appropriate grasping movement

The device is ten times faster than current bionic limbs, and uses artificial intelligence to continually improve its detection and picking-up skills.
Dr Kianoush Nazarpour, a Senior Lecturer in Biomedical Engineering at Newcastle University, said: “Using computer vision, we have developed a bionic hand which can respond automatically – in fact, just like a real hand, the user can reach out and pick up a cup or a biscuit with nothing more than a quick glance in the right direction.
“Responsiveness has been one of the main barriers to artificial limbs. Now, for the first time in a century, we have developed an ‘intuitive’ hand that can react without thinking.”

Around 600 people in Britain lose upper limbs each year. Current prosthetic hands work by picking up electrical signals from the stump, but controlling them requires practice and concentration.

But the new device response immediately because it had already been taught to recognise different objects, calculate where they are in space, then select the correct grip.

“We would show the computer a picture of, for example, a stick,” said doctoral student Ghazal Ghazaei, who carried out the work as part of her PhD in the School of Electrical and Electronic Engineering at Newcastle University.
“But not just one picture, many images of the same stick from different angles and orientations, even in different light and against different backgrounds and eventually the computer learns what grasp it needs to pick that stick up.
“So the computer isn’t just matching an image, it’s learning to recognise objects and group them according to the grasp type the hand has to perform to successfully pick it up.
“It is this which enables it to accurately assess and pick up an object which it has never seen before – a huge step forward in the development of bionic limbs.”

Spanish innovator Ana Maiques has developed a wireless device to treat brain diseases at patients’ homes. Her research has had a considerable boost during the Covid-19 emergency