One day we may not only see, hear and touch devices, but also feel the objects shown on them at the tip of our fingers. Thanks to levitation, 3D items will be created using floating pixels

Levitation is an old dream of humankind. For centuries, magicians gave audiences the illusion of defying gravity, seemingly making objects of people float into the air. Now European scientists are turning this into reality.

Researchers at the University of Glasgow, UK, have managed to suspend little polystyrene particles in mid-air, supported only by ultrasonic acoustic waves. This is levitation. The technology may lead to new kinds of displays to command machines and hence revolutionise human-machine interactions. Data, for example, will not appear anymore on a flat screen, but become physical levitating objects, rising before us in mid-air; and, with simple, intuitive gestures, people could work on them.

“If I was working on a model of a car, instead of having it of clay, I could have that model created in front of me, with multiple little pixels in space, marking out the surface of the car. For example, I could make gestures to change the way the headlights work,” explains Stephen Brewster, Professor of Human-Computer Interactions at the University of Glasgow.

Or take a music player with a levitating play button. The user would only need to tap a finger in the air to turn the music on or off.

The study runs under the EU project Levitate, supported by the European Future and Emerging Technologies programme (FET). 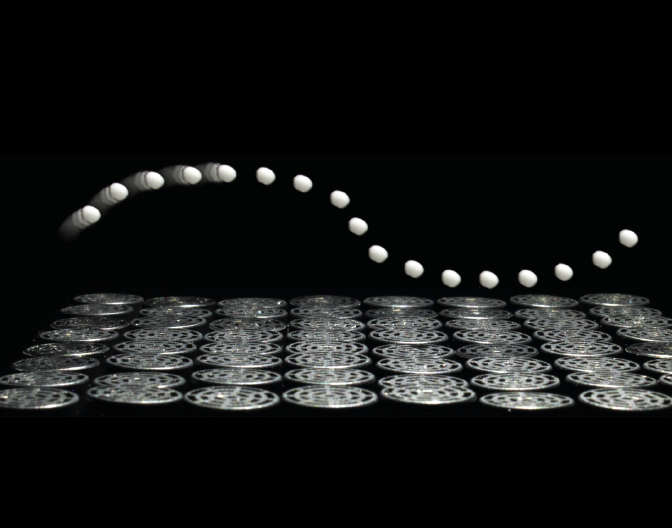 Orestis Georgiou on the involvement of SMEs and start-ups

The robots which can make you walk again